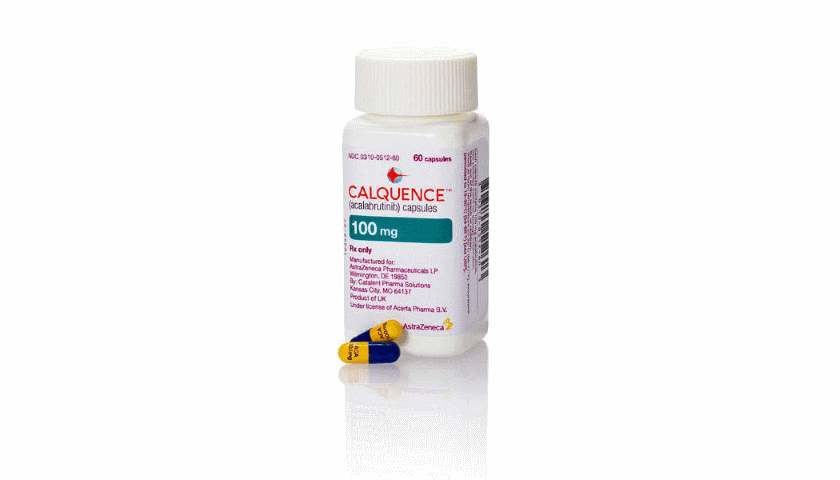 AstraZeneca’s resurgent cancer division could have another winner on its hands. Stellar data with newly-approved BTK inhibitor Calquence suggests it could be a major challenger to class leader Imbruvica from Johnson & Johnson/AbbVie.

That level of response was seen in just 47% of those in a control group treated with chlorambucil plus Gazyva. Meanwhile, Calquence given on its own also performed well, with 87% of patients seeing no worsening of their disease after two years.

The data comes shortly after AZ picked up fresh approvals for Calquence in the US, Canada and Australia for first-line CLL treatment, adding to a prior approval for mantle cell lymphoma – a form of non-Hodgkin’s lymphoma (NHL) – in 2017.

Sales of Calquence have been modest in comparison to blockbuster Imbruvica (ibrutinib), which made $5.6 billion last year from its several approved indications – including three in CLL – but armed with the new approvals in first-line CLL AZ is expecting momentum to build fast.

CLL is the most common form of leukaemia, with an estimated 105,000 new cases globally each year, according to AZ, and some analysts think the new indication could help the company grow sales of the drug above $1 billion in the next couple of years.

The UK-based drugmaker recorded $108 million in revenues from Calquence in the first nine months of the year, propped up by some off-label use in CLL, but it still has a long way to go before it can recoup its $4 billion investment in Acerta Pharma, which originally developed the drug.

The drugmaker quoted potential peak sales of around $5 billion when it acquired the drug in 2015.

Meanwhile, along with the good efficacy data AZ is also emphasising Calquence’s safety profile, with low rates of heart-related side effects and bleeding and a discontinuation rate of 8.9% as a monotherapy in ELEVATE TN and 11.2% with Gazyva.

Just over 14% of patients taking the combination of chlorambucil with Roche’s drug stopped taking the regimen because of side effects. And for comparison, 30% to 40% of Imbruvica patients suffer bleeding issues or irregular heartbeats that can jeopardise treatment.

AZ is running a head-to-head trial of Calquence versus Imbruvica in previously-treated high risk CLL – called ELEVATE CLL R/R or ACP-196 – in the hope of topping J&J and AbbVie’s drug. Data from that is expected in 2020.

In the meantime, both Imbruvica and Calquence are also facing brand new competition from BeiGene’s new BTK inhibitor Brukinsa (zanubrutinib), which has been approved for MCL but is also being tested in CLL. BeiGene is pitting Brukinsa against AbbVie/J&J’s drug in the ALPINE study, due to complete in 2021.

The post ASH19: AZ’s Calquence throws gauntlet down to Imbruvica appeared first on .